GetMr. is now Modern Ritual! To celebrate, we're donating $1 for every order to the skin cancer foundation all May long Two men used The Daily skincare for 7 weeks - what happened?

But how did they do it?

A bit of faith to get them started, a healthy dose of surprise at how little their routines changed, and a resounding commitment to never go back to their old ways.

“I will never go back to just using a bar of soap. I’m not sure what I was thinking! I definitely had no idea my skin could feel so good.” - Jacob 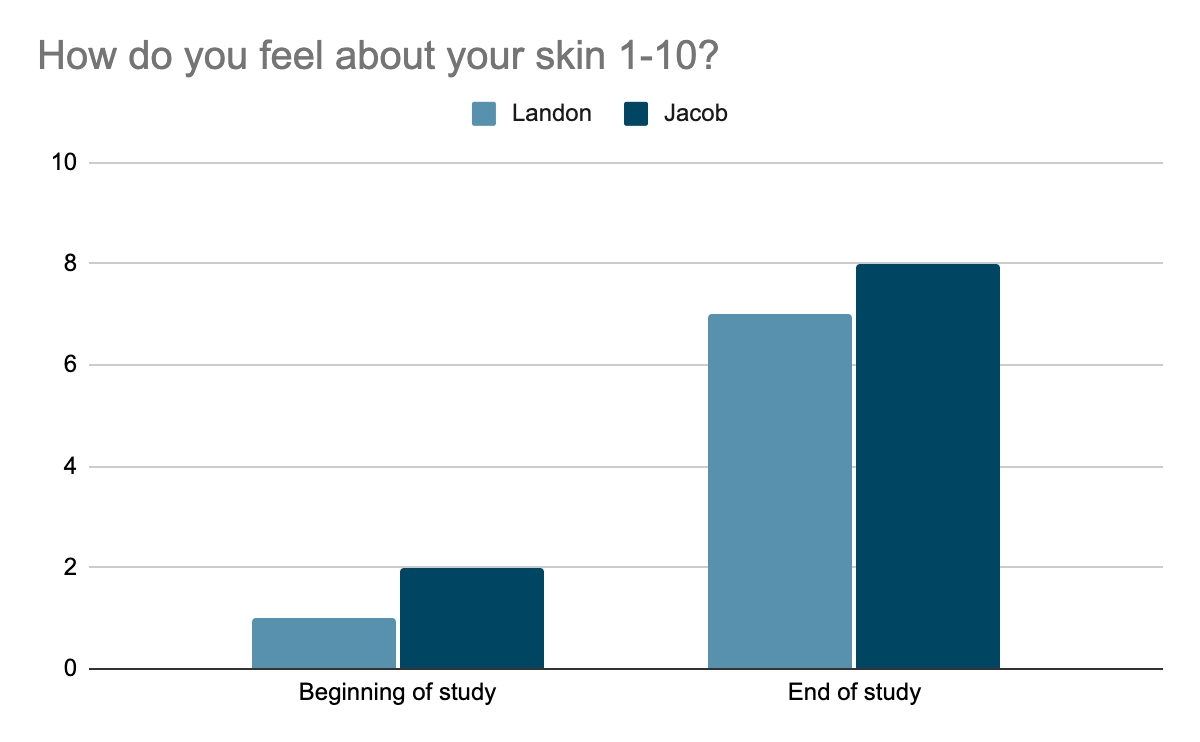 They were reluctant to sign up for seven weeks of using GetMr., but they were curious enough to be talked into it. With some assurance that they weren’t committing to a complicated multi-step system, they agreed to see if they could be convinced of the importance of this 30-second morning habit. They felt like - and we agreed - that if they could be convinced, then anyone could.

Spoiler alert - they weren’t disappointed in their experience, and neither were we! These two low-maintenance men had incredibly interesting insights into what it looks like to form a new habit and even realized that perhaps, they’d really been missing out...

At the end of the two months, we spent some time interviewing the men about their transformation from “what is a skincare routine??” to daily SPF users who plan to never go back. Here's what they had to say.

Landon is 23, is from Lynchburg, VA. He's an avid duck hunter, fisherman, and general outdoorsman who loves spending time with his brown lab, Hallie, and his new wife, Caroline.

Jacob is also 23 and lives in Chapel Hill, NC. He's a committed outdoorsman and hunter/fisherman, and a dedicated Yankees fan. He loves to spend time outdoors and on walks with his Australian Shepherd, Nala.

“I just kind of like rubbed whatever like bar soap shampoo, whatever it was on my face when I was in the shower. I tried one time to have a skincare routine for like a solid couple of weeks and nothing really came out of that until GetMr.” - Jacob

The men kicked off this study by taking a survey - spoiler alert - their skincare routine was basically a bar of soap! That’s right, no SPF, no moisturizer...nothing. Sound familiar?

Both Landon and Jacob were nervous at the beginning... and they weren’t totally confident that they’d be able to form a habit of wearing sunscreen every day, or even why they would need to. But, they did note early on that they had a few skin concerns that they never really took the time to address, and didn’t really believe could change for the better.

Landon was aware that his skin felt dryer than he would have liked, especially immediately after getting out of the shower and in the wintertime. Jacob felt like his skin was a little too oily, but just chalked it up to his Hispanic heritage and assumed it was a part of his life that wasn’t going away.

Both men had some idea that aging would be a concern one day, but at 23, it wasn’t really on their radar. And neither was skin cancer — though Landon had recently had a coworker get diagnosed with melanoma and have to get surgery.

Thankfully, a lot can change in just a few weeks. And it did! We all start somewhere, but you won’t believe where these two men ended up.

In week 1, Landon used GetMr. a total of 5 mornings, and Jacob used GetMr. six mornings. Both men reported in their weekly survey that it was much quicker and easier than they had imagined, with Landon fitting it in right after he brushed his teeth and Jacob putting it on after his morning workout and shower.

Landon said of his first week: “Once I started and just realized, hey, this takes a minute or two every morning during my normal, getting ready routine...that’s not so bad!”

Both Jacob and Landon reported that to help them form the habit of putting The Daily on, well, daily, they made sure to do it right before or after another specific step in their routine. While this was helpful during the week, they did report having some trouble remembering on the weekends when their routine shifted.

Within one week, the men were feeling more optimistic. The nerves were subsiding, and they were feeling much more confident in their routines. The best part, though, they already noticed a difference!

That felt like a big win for them, and a definite reason to keep going!

Over halfway through, at week 5 both men were feeling confident in having made The Daily a habit, and were both really happy with the direction their skin was heading. They also mentioned that they had conducted some research into skincare and skin health, and were feeling much more knowledgeable about their skin overall.

At the end of the study, we interviewed both Landon and Jacob about their experiences.

Will you keep using The Daily?

Why do you think The Daily did or did not work for you?

Any skincare advice for other guys just getting started? Akhil Aniff- Healthy Habits that Set Him Up for Success